Tim Quinn was raised in a military family, with a culture that promoted, respected, and admired the military service. His father was a Navy pilot, and his father’s brothers all served in the Navy as well. No surprise, Tim and his older brother, after graduating from college, both enlisted. Tim selected the Air Force while his brother chose the Navy.It was Tim’s interest and passion for law enforcement that leaned him toward the Air Force. During his senior year in college, Tim did an internship with the Pennsylvania Attorney General’s office of criminal investigations. Several agents were former Air Force criminal investigators, and they recommended he apply with the Air Force.

The Air Force provided excellent training and opportunities to provide air space security all over the world. The responsibility seemed to come quickly. As a newly commissioned 2nd Lieutenant, Tim was responsible for the security of nuclear missile fields and on-
base flight line and weapons storage areas. He spent time in SAC (Strategic Air Command) in both North and South Dakota, as well as time in USAFE (US Air Force in Europe). While in Belgium, Tim was assigned to a ground base cruise missile squadron. It was all very invigorating, fulfilling, and “serious work!”After serving four years, Quinn made the difficult decision to transition to civilian life. He initially spent some time in work that didn’t match up well with everything he had learned during his training and service in the Air Force. It didn’t seem serious enough; not a high enough level of commitment and dedication; there weren’t any meaningful consequences for error.

Then he saw an opportunity to enter the fuel distribution industry. That seemed to have all the satisfying ingredients Tim was looking for: providing essential goods and services a consumer truly needs, helping people, attention to detail, seriousness about safety, and process and direction with serious consequences for error. This seemed like “serious work!”

Tim’s entry into the fuel industry is when I first met him. He was recruited and offered a management role with the same fuel company where I was working. That was nearly 26 years ago. I sensed immediately that he was intelligent, methodical, well-trained, and committed to providing leadership in a setting that mattered. The fuel distribution and service business aligned well with Tim’s passions. It’s an industry where training is crucial; people are aligned in their mission and have each other’s back— all of the things that the military had taught him that he respected and admired, that had molded him into who he became, and who he is.We eventually went our separate ways but remained in the industry, stayed in touch, and often met up at industry trade shows and other functions. When Cetane Associates joined forces with Vets2Techs to help promote the hiring of military veterans into our industry, I immediately thought of contacting Tim. I wanted to gain a deeper understanding of his military training and how that has helped him enjoy a rewarding and successful civilian career.

Tim has held a variety of management posts for some of the largest companies in the industry, which have all been rewarding, as he tells it. He told me what’s even more rewarding is to have the chance he now has, to give back to the industry through his participation with GeneratioNext Propane Pros. As part of this initiative, he visits trade schools and community colleges throughout the Mid-Atlantic and Northeast and speaks to students of all ages about the propane industry as an ideal career opportunity.

For Tim, this is a perfect fit for the final chapter of his career— to be able to share the passion he has for the industry and how it aligns with everything he learned in the military. 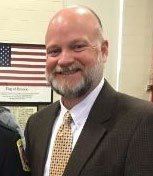 How Long Does It Take for SEO to Work?
Why Every Oil Provider Should Be Marketing Bioheat® Fuel
Marketing Enrollment Plans while Fuel Prices Surge
A Successful Endeavor